In honor of last month's Black History Month and because I believe BLACK LIVES MATTER, and the fact that everyone isn't comfortable saying that out loud I want to write a post highlighting some of the amazing Black people who I have been so blessed and honored to photograph.  A sentiment I always feel when learning or celebrating Black History is the endurance and triump of the human spirit even in the face of the most disgusting and relentless oppression.

I'm going to start with the lovely Beverly Johnson, because I just finished her memoir a few weeks ago.  The Face That Changed It All,  which was released on August 25, 2015.  Beverly Johnson seems to be most famously know for being the first African American model to appear on the cover of American Vogue in August 1974.  She also has a sizable Filmography. I of course had the privilege to meet and photograph her in October of 2015 at Chicago Ideas Week. While she was on my sweep she found out that her Memoir had just made the Times Top 100 list. She was giddy with excitement so I asked her if she had a copy and would get it out to take a few snaps with. She was happy to oblige. After I photographed her she retreated to the speakers green room which was directly behind my make shift studio set up in what was basically an electrical closet. She wasn't in there long, before she was back out in the photo area sitting at a chair next to my digital tech's desk.  Just handling some business with who I assumed was her assistant and doing a few things on her phone and touching up her make up. At first I thought it odd, why is she hanging out out here. Then I realized she was about to go on stage and give a talk which is a little bit out of her element and the place she felt the most comfortable was in the photo pit with the snapping strobes.  It was endearing to me. She was a wonderful pleasure to meet and to photograph. A true pro. Check out her book for a good read and insight into the race struggle of the modeling industry and how she helped pave the way to for all of the Models of Color to follow. Her book felt very honest as she recalled the stories of her past in a scramble of modeling, money, love and chaos.  Check out her Chicago Ideas Week Talk here https://www.chicagoideas.com/videos/the-face-that-changed-it-all. 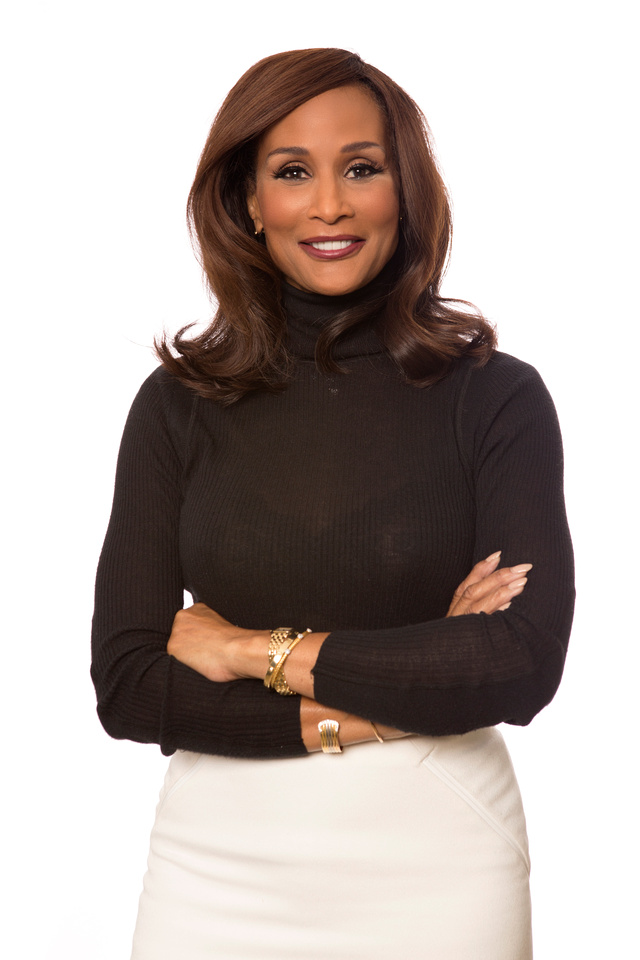 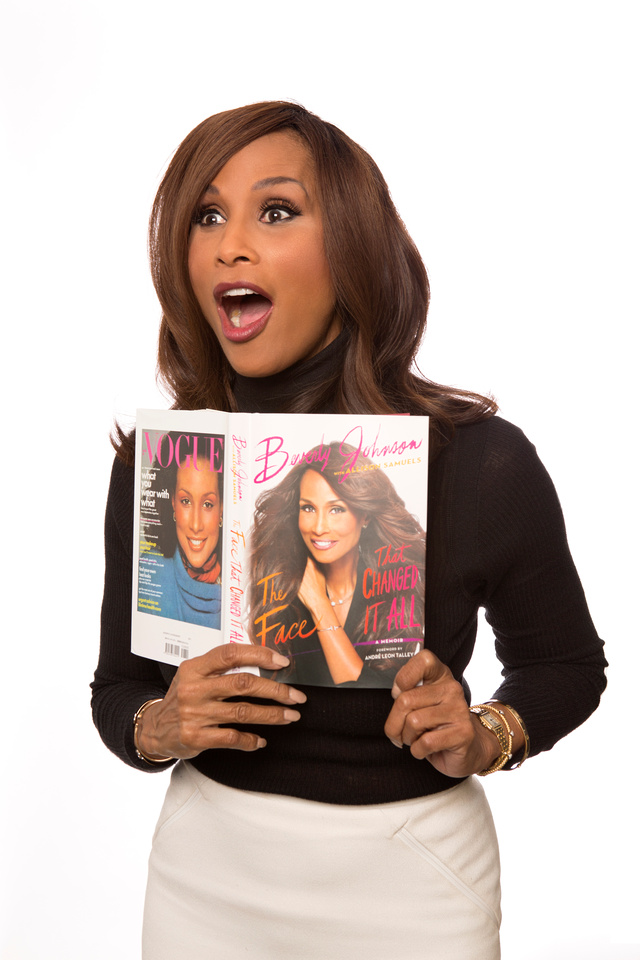 That same week I was the photographer for The Chicago Ideas Week Talk RACE IN AMERICA, which clicking on will link you to the talk. DeRay was fun on the sweep.  A total ball of energy. After we introduced ourselves we began joking and laughing immediately. When the amazing Assistant Stage Manager Peggy snapped her fingers as a friendly reminder we only had a few minutes DeRay immediately struck his signature pose in his signature blue vest. I asked him what he was wearing under and if he would be willing to pull back a layer and expose that fun, silly side I had noticed within seconds. He was a blast. I enjoyed every second of our interaction, and have excitedly followed his story since.  Here is a link to his Wikipedia for more information. 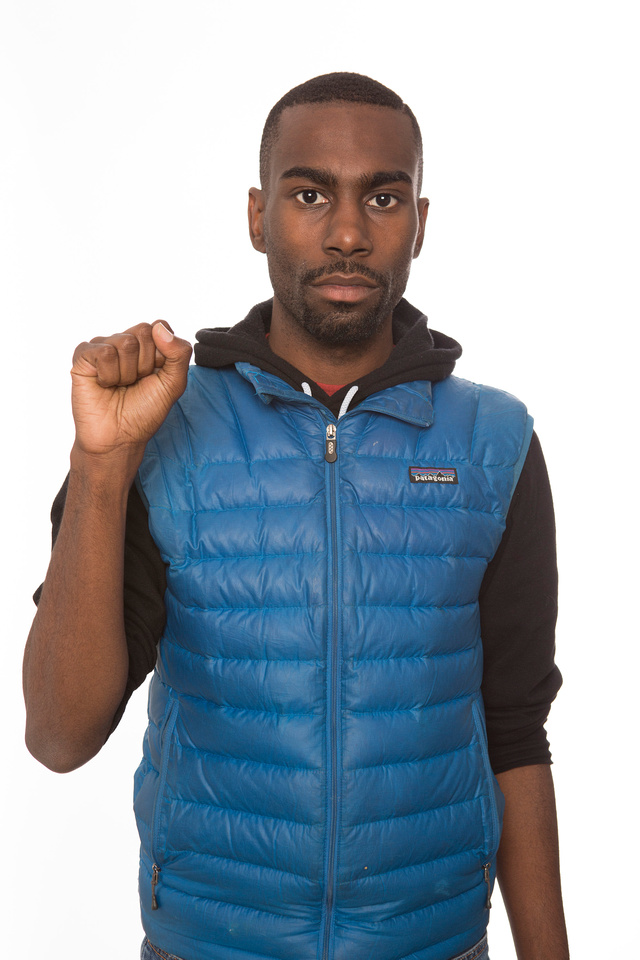 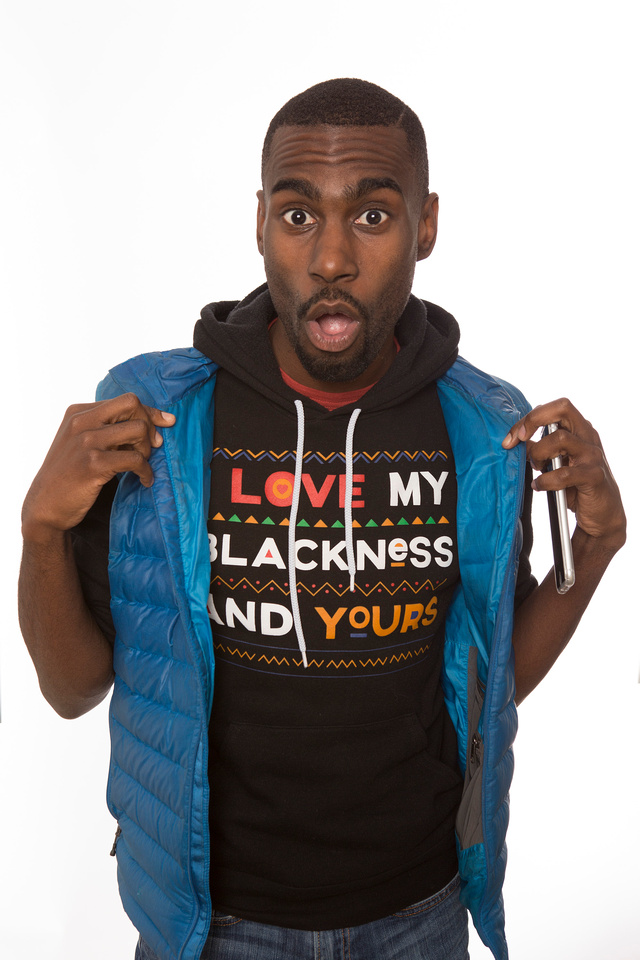 I also got to Photograph Common that week.  Who I believe needs no introduction or description. And if you are not familiar with Common check out these links Glory by Common & John Legend for Selma and one of my favorites Common NPR Tiny Desk Concert at the White House. Photographing Common was not as intimate and smooth as the previously mentioned.  He showed up a bit behind schedule and with an entourage that completely crowed my makeshift studio.  There were about three different reporters interviewing him on my sweep, several people escorting him from his group, what seemed like some other random followers, maybe a few lucky selected high school kids, a video guy with a huge tripod and about three other photographers. As politely as possible I stepped aside and let the interviews go down then eventually had to gently elbow my way through the other photographers to snap only three shots to get my job done, this being the best of the few.  He himself was very friendly and gentle seeming and a little softer spoken than I had imagined. Here is a link to Commons Chicago Ideas Week Talk Exploring the Power and Purpose of Art and Education. 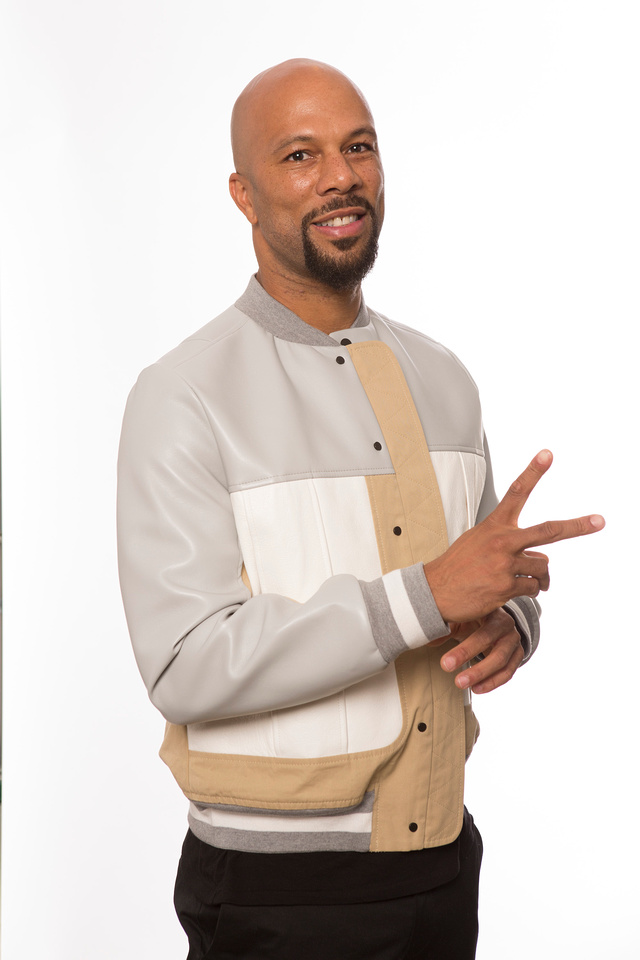 Anthony "The Twilite Tone" Khan, who I've photographed on a few occasions. One of the first people to take a phone call on my sweep and be willing to make it part of the shoot. We had some fun. Here is a link to a Bio on him from Downtown Music Publishing and to his CIW talk links. 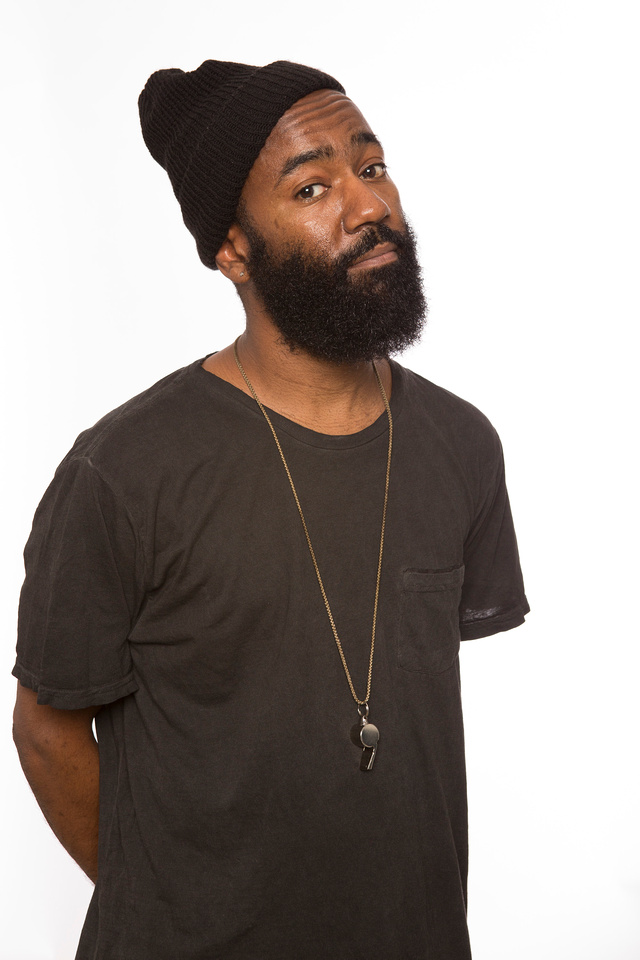 Amazing Sculptor Garland Martin Taylor. You have got to see and read about his Gun Sculpture which I was lucky enough to see up close in person. Check out one of his Chicago Ideas Week Talks about it A Conversation Piece. 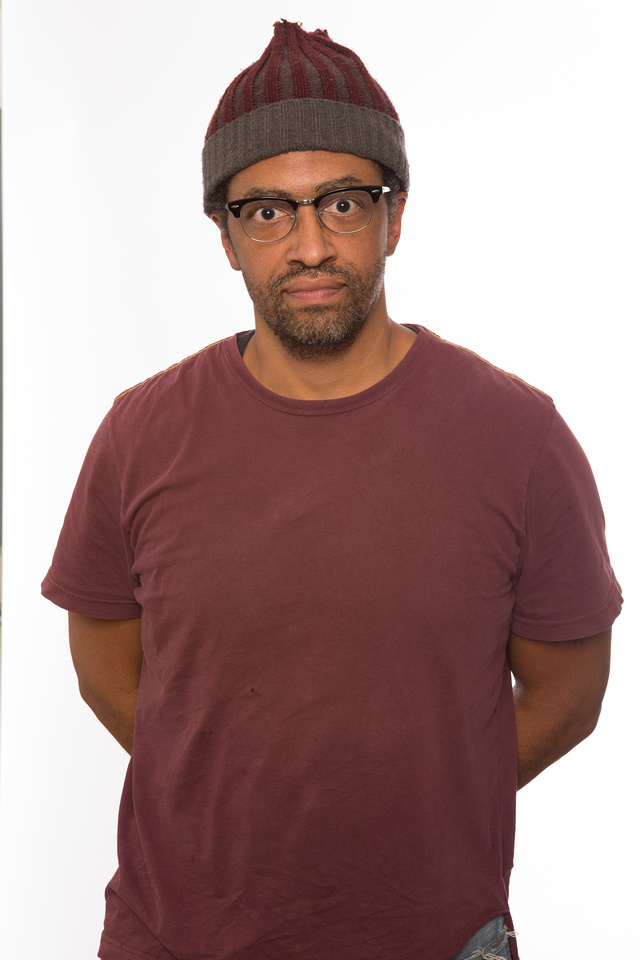 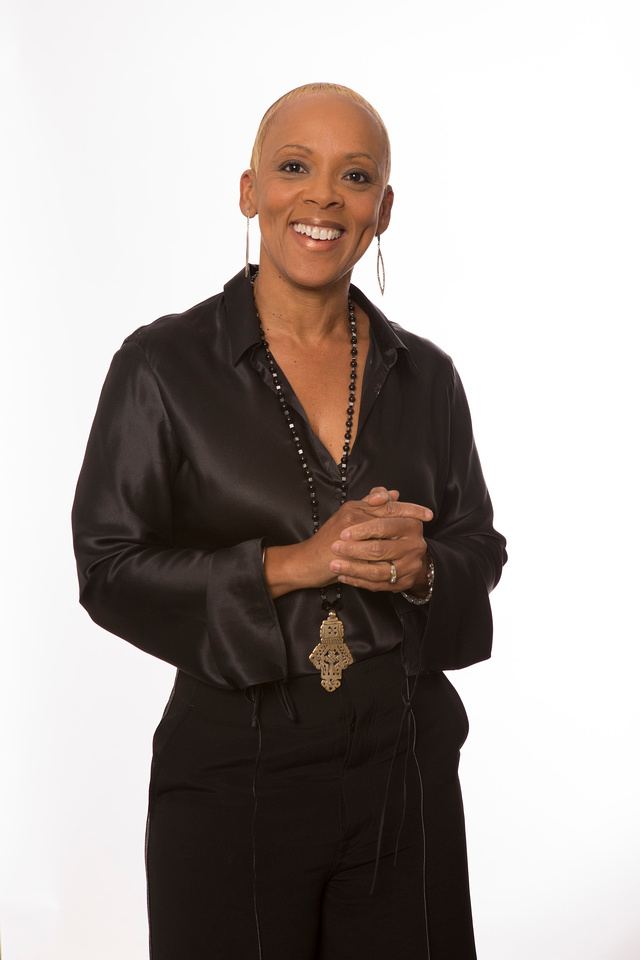 September 2015, I was beyond excited to meet and photograph Condoleezza Rice the first female African-American Secretary of State.  She was fascinating with all of her emanating quite strength.  I photograph a lot of politics, and even more Republican politics and there is not very many woman and even less black women. This woman's presence wowed me. 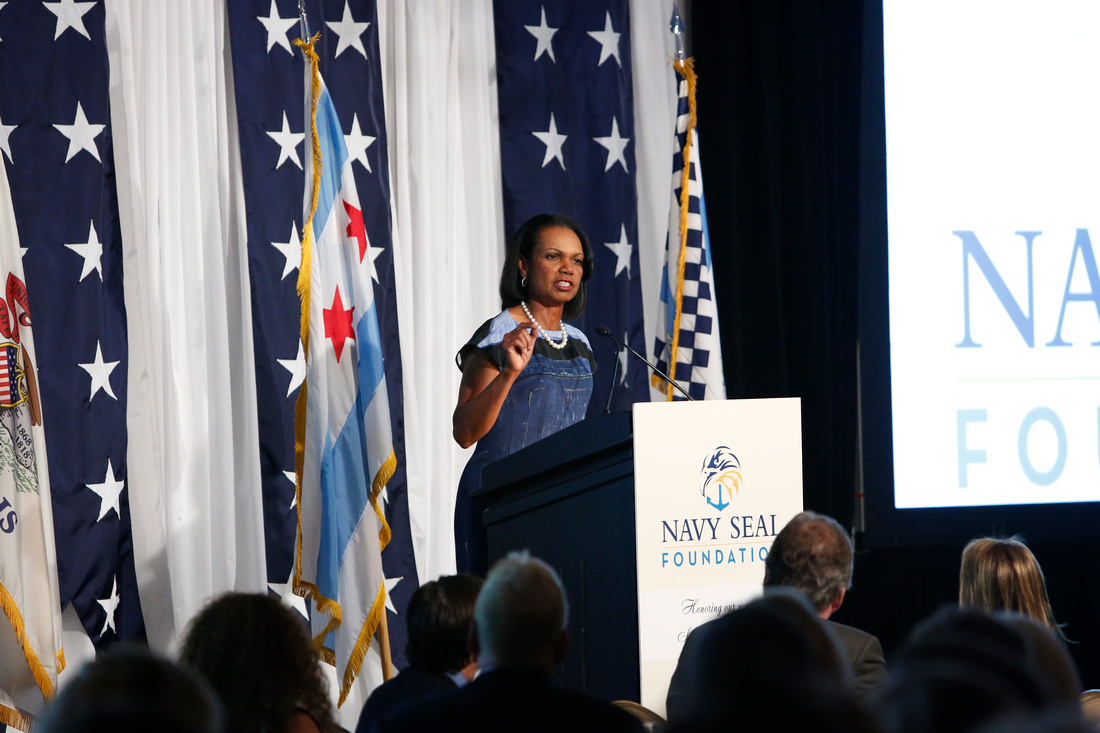 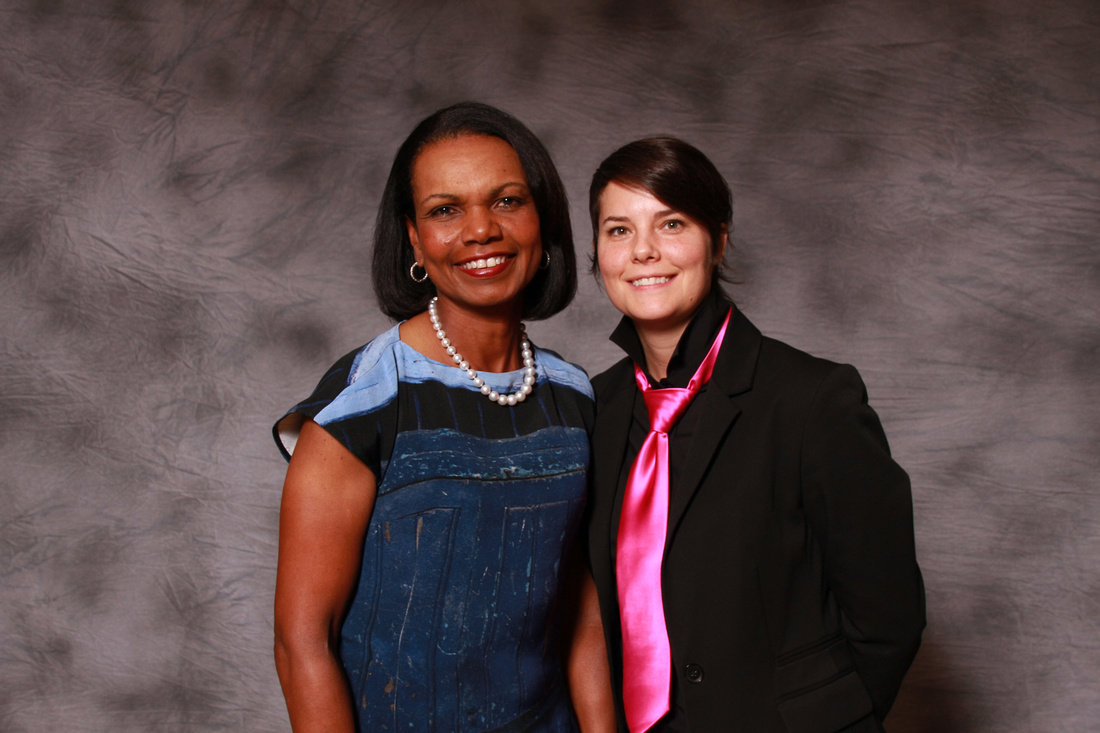 In 2014 I had the inspiring experience of hearing Modern Day Hero Antoinette Tuff's story of survival and how she stopped a school shooting. Watch the Chicago Ideas Week video of her story Prepared for a Purpose. In 2013 I got to photograph and hear Terry McMillan the author of "Waiting to Exhale" and several other books. Watch her Chicago Ideas Week Talk Why I Lie for a Living. 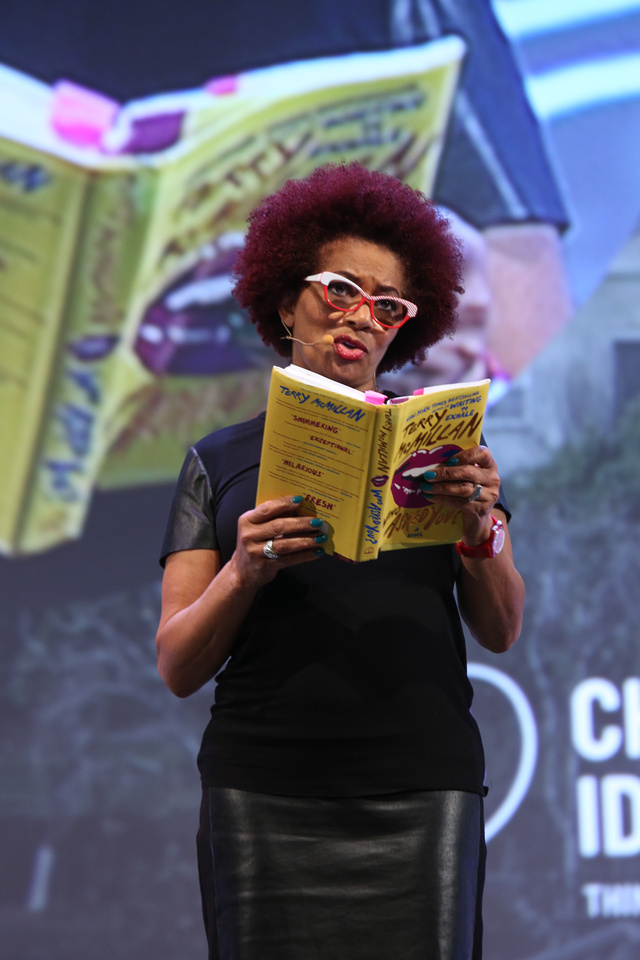 In 2012 the amazing Helene Gayle President & CEO of CARE USA, empowering women and fighting poverty all over the world. 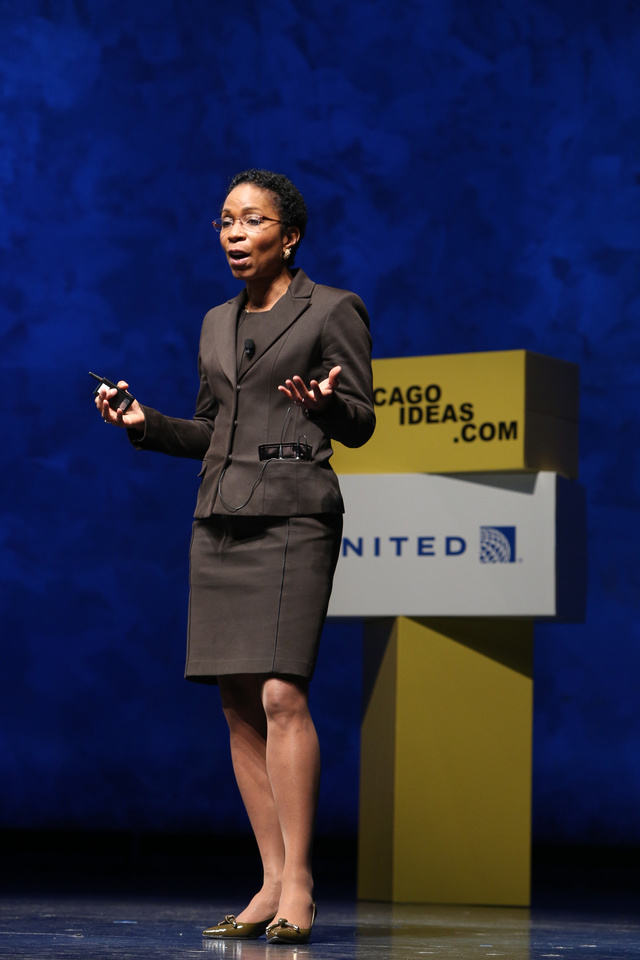 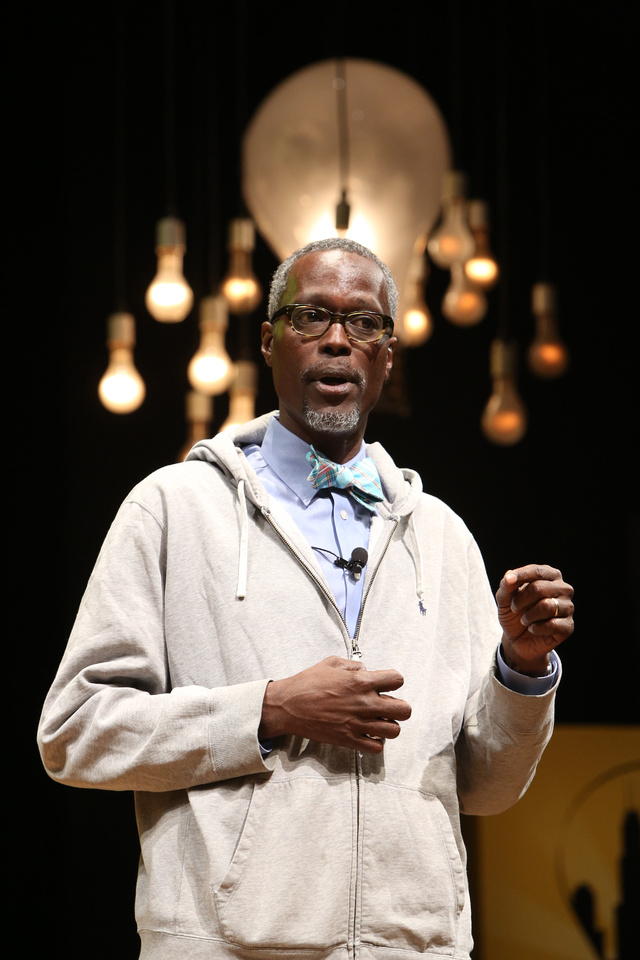 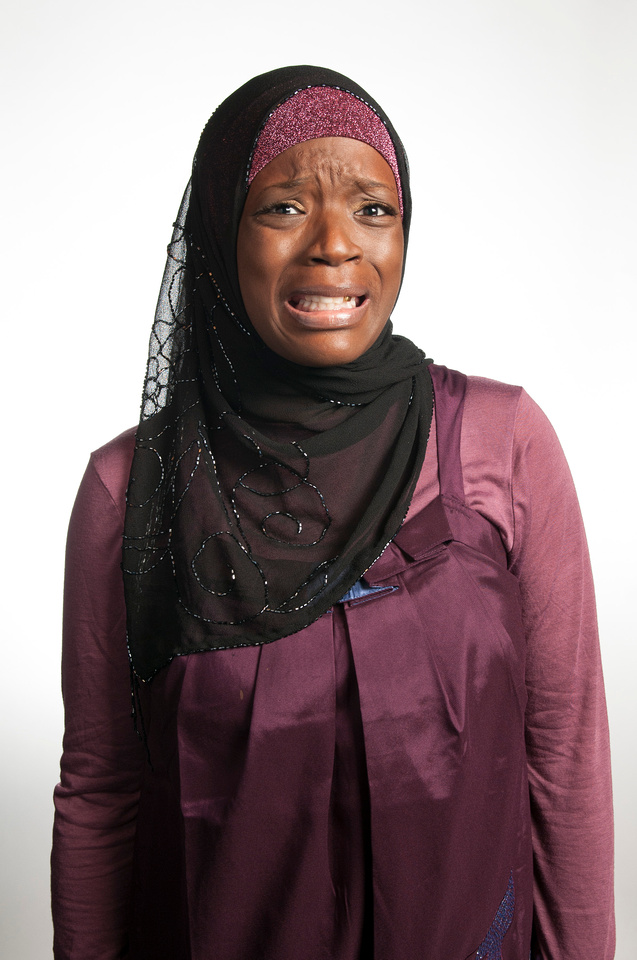 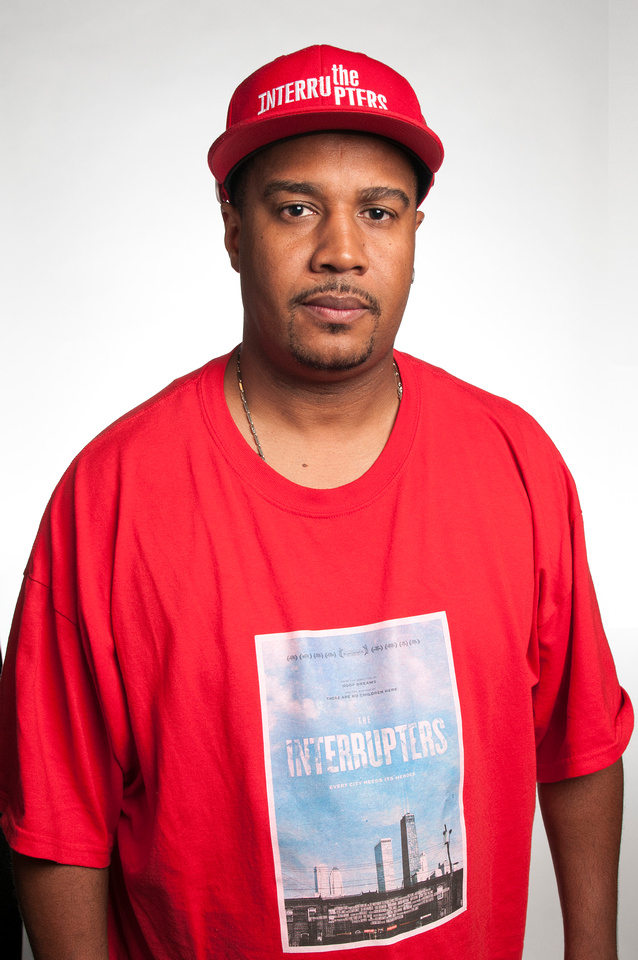