I love photographing Politics, but love it even more when it overlaps with other arenas especially ones that almost became my career like journalism.  This past Monday I had the awesome privilege to photograph Megyn Kelly at an event.  These events usually follow similar timeline.  We arrive on site always early to check out the premises and take some establishing shots of the rooms, check in tables, stage, lunch/dinner tables, then some mingling and arrival of guests.  Next usually come the fun and hard part that Ron and I happen to love and be quite great at. The VIP photo line.  This part is where I think we shine the most.  We have it down to a science.  It can be very stressful because it is usually taking place before a scheduled stage performance so we have a limited amount of time to get the entire line through. Mind you, often these people are of high political or social standing and may have paid or donated an additional amount of money or resources to be in this line and most of them have a few things they want to say to whoever the celebrity is.  So keeping it moving at the very fast pace necessary can be a challenge not to mention there always ends up more people in line than originally planned. Ron always has my back and makes sure I get my shot too.  I love having the proof to show my Mother. Below is said proof shot. 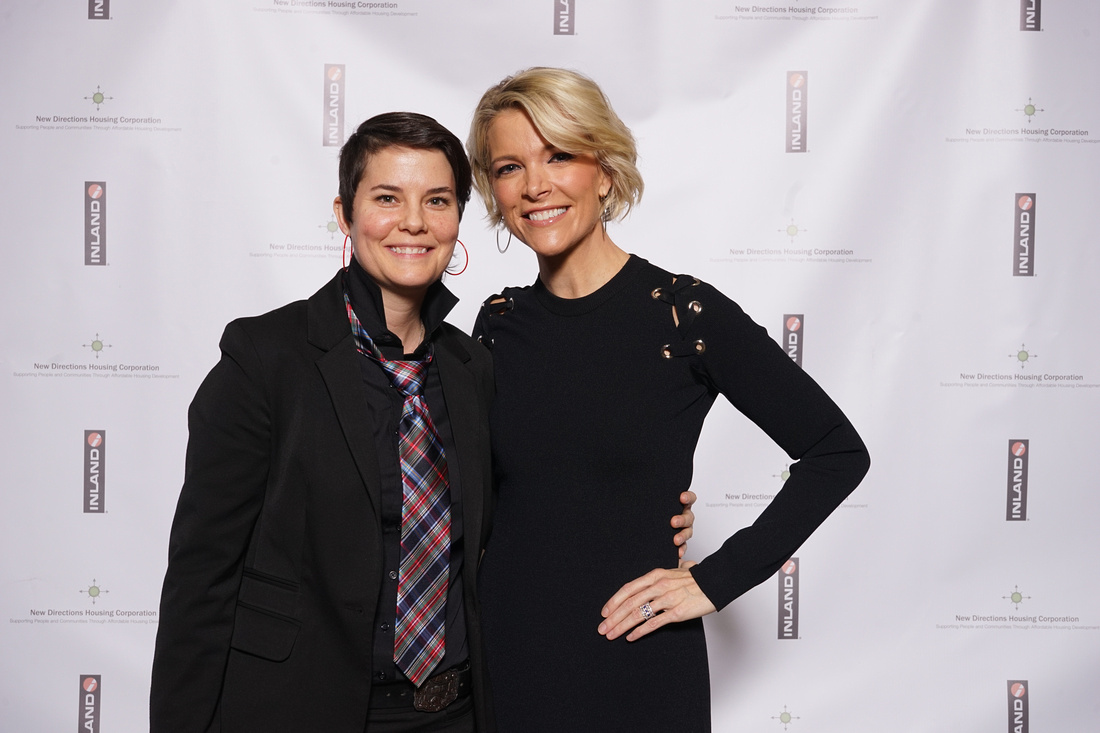 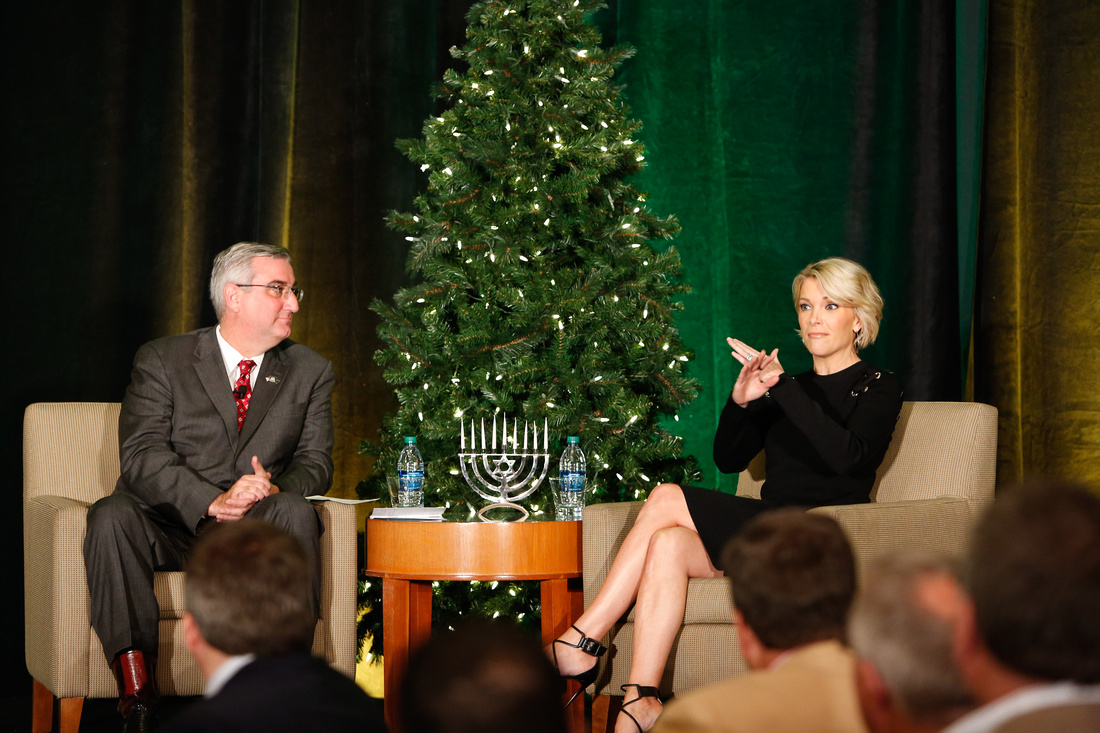 Megyn was being interviewed by Indiana Governor Elect Eric Holcomb.  She was very diplomatic and pretty funny. Handled herself with great grace.  She had the Governor elect laughing several times. She talked about her new book "Settle for More" and how her life evolved in that manner, her early days as a lawyer here in Chicago and how unhappy she found herself to be and the road to change.  She fielded several questions about Trump and conducted herself wonderfully non partisan while still speaking her truth.

This is kind of a behind the scenes shot.  As photographers we are rarely in the photos and there are not too many opportunities to get shots of us working so when I can I like to catch those moments. The shot above you can see the myth, the man, the legend Ron Gould off to the left kneeling next to the stage waiting to catch that interesting moment.  It's always best to have two shooters.  That way you can get different angles without having to move around too much which can be quite a distraction it also almost guarantees no important moments are missed.  Thanks for reading.