Every year I attempt to tighten certain areas of life that I could probably be performing higher in and every year blogging falls on that list.  Happy New Year; time to try to be better than last. As I was walking home from sunrise this morning I was pondering the idea of blogging more and how to incorporate it into my life so I would do it more and how to make it interesting to the people who would supposedly be reading it? Hmmmm. When I simplify my life of photography down to basic categories the ones that seem to draw the most interest are sunrise and photography (as in teaching/learning). When the plague struck in March in many ways my life came to a screeching halt. Except for sunrise. In the first few months when we didn't know much and everyone was pretty terrified one way or another, often that was the only time if felt good to be outside. There were so fewer people out and the people that are out at sunrise tend to be of a more aware and respectful nature than normal. It is rare that I miss sunrise and don't regret it. So maybe if I blog about something I do constantly and love that other people seem to love to it will work out.  I will try to be as photographically educational as possible in my descriptions.

This morning I woke around 5am as usual. A little slower maybe. Alex had an early appointment so we didn't have time for our usual morning routine of readings, morning pages and yoga. Instead I read the news. Every morning that I am contemplating sunrise I do three things to investigate the conditions. First thing I check the weather channel app for the temperature and winds. If its blowing hard easterly and below 20 degrees I may take a pass that day. That is also where I check the specific sunrise time. Generally the best colors happen at least 30 minutes prior to sunrise on many mornings. So I start checking this info about an hour before sunrise. Second thing I do is check out my back door look up and look east. It it's totally clear I may also skip it. Some clouds help create a lot of the drama. The third thing I do is bring up the Loyola Crown Center webcam. Loyal has campus web cams and the Crown Center one points south down the lakeshore. So if it completely clear where I am just a few blocks from the lake, often there are clouds only at the horizon or clearing only at the horizon and this can sometimes give me a peak at those conditions. At this point I'm usually getting my stuff together or bundling up to head out the door. I try to get my cameras ready to go for sunrise so I don't have to mess with it in the mornings. That means clear and formatted cards in the cameras and charged batteries. And back up cards and lens cloths in those bags at all times. My normal shoulder bag gear that I bring is 2 Canon bodies, either 5D3, 6D, or 7D. Usually the 6 and 7 since with the time-lapses I want to use a back up body instead of one of a main body. Then a 24-70 2.8 and a 70-200 2.8, both canon L series, and intervalometer, a pack of ND filters for my pans and a manfroto tripod. Today was pretty clear, but as I approached the lake there was significant clouding at the horizon that looked thick but you couldn't be sure. So I got to my chosen spot, set up mostly, then paused to drink the decaf coffee I got from 7/11 on the way and a bite of chocolate covered donut. I was breathing in sunrise and happy to be out witnessing whatever was gonna happen even though I had come to assume it would be less than I initially hoped for. Up walked my sunrise buddy Vern. Vern is cool. He is often out with his tripod and film cameras taking slide film shots of the pre dawn clouds. Usually in his blue jacket and rubber boots. Vern is a chaplain. Very kind hearted man. We enjoy open hearted vulnerable conversations often. As we wished each other new year and chatted about our holidays Vern says oooh there it is. I looked out and saw one of those ghosty pink sunrises only partially visible and a good distance above the horizon. Realizing I wasn't fully set up I jumped to action and plugged in the intervalometer and got the time lapse going. So in my opinion a little late. Sunrise was slated for 7:16 i think and I probably started the time lapse around 7:20 or after. I hadn't anticipated it to show until it got to the top of the cloud deck. I was using the 7D for the time-lapse and the 70-200mm set at 90mm. ISO 100, 1/40th, F14. With the intervalometer set for every second which is my go to. I think I may have set the white balance to cloudy today. I usually test out a few and pick the one I find the most pleasing.

Sunrise-Chicago-January-12-2021A pink sun appears among the cloudy horizon at Tobey Prinz beach park in Rogers Park Chicago on January 12th 2021 in this sunrise time lapse compiled of around 775 images.

This time lapse ended up being mourn 775 shots. Usually after I have stopped the time lapse I do what I call my Sunrise Pans or some stills. For the pans I put on a dark ND filter slow the shutter down between 2-3 seconds and while the camera is on the tripod pan the camera horizontally across the horizon dragging the light from the sun and reflecting on the water across the image plane. I play around with the white balance to get a variety of colors. Sometimes I move the camera around to make other patterns than just the straight lines.

Here were my favorite of the pans I was able to capture while chatting with Vern before the sun got too high. 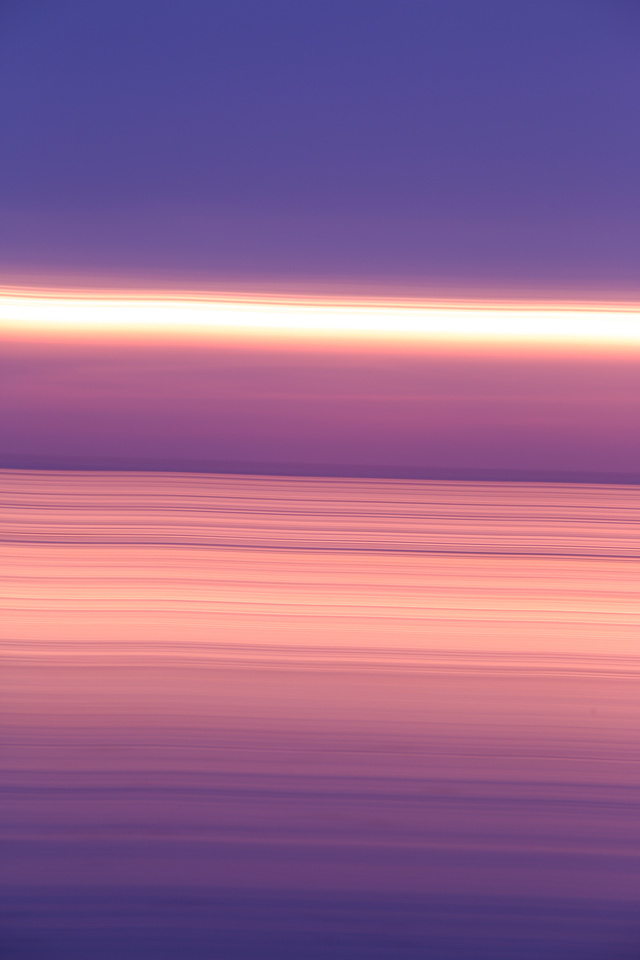 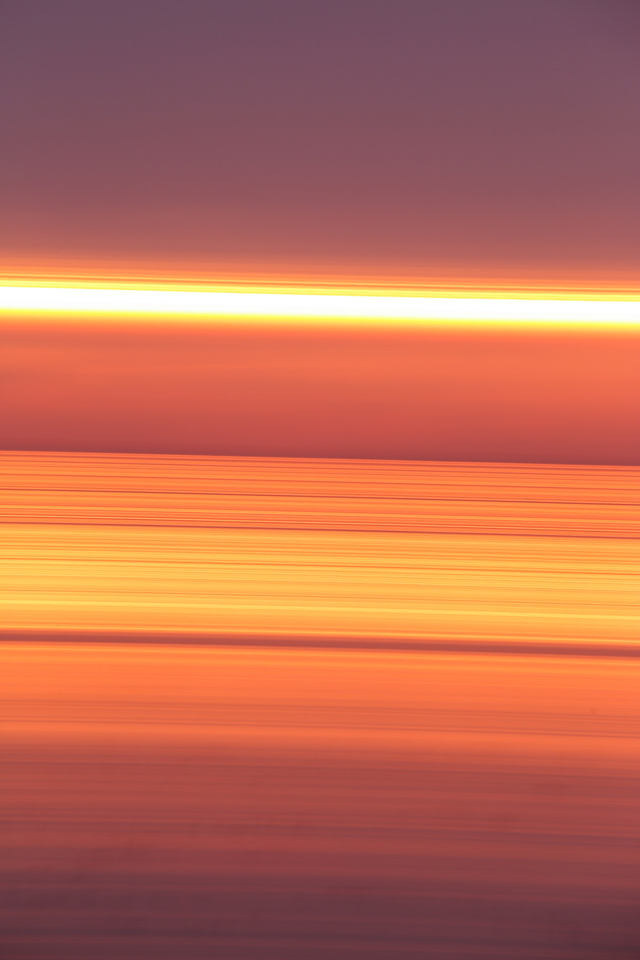 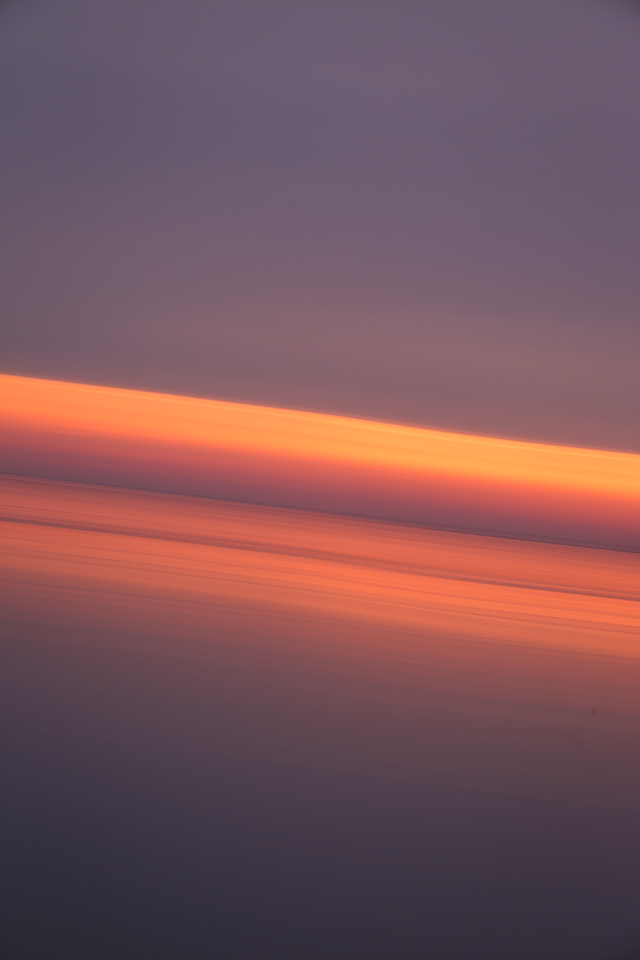 Hopefully I will be here tomorrow with some more Sun. Remember what you focus on expands. I love you all!!  Get out and catch a sun ris if you haven't in awhile!