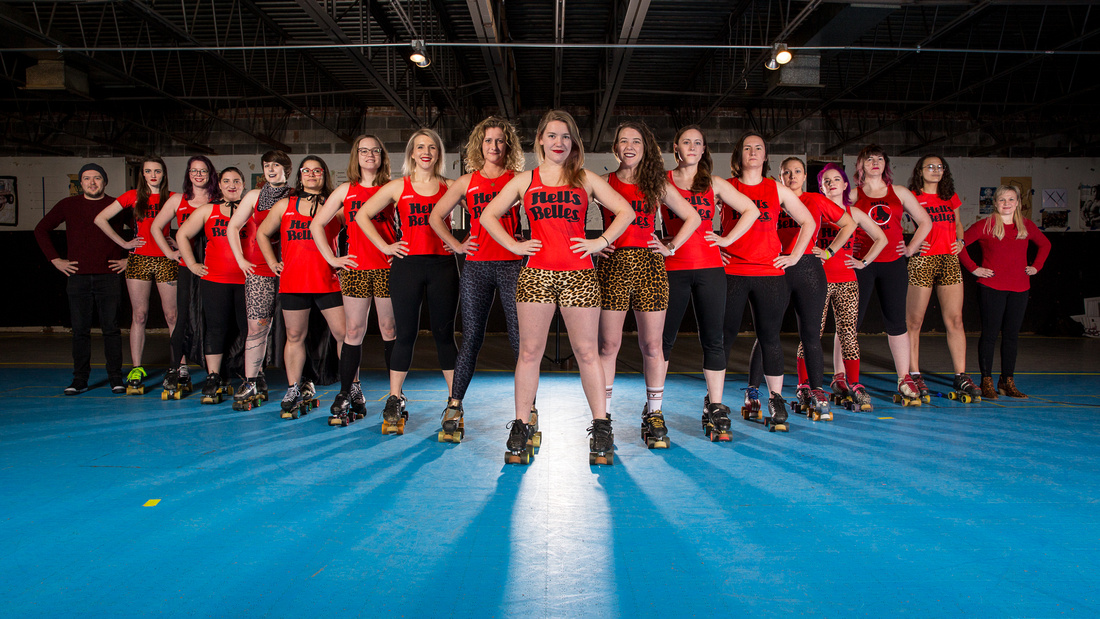 Day 10 of level 4 lockdown for Alex and I here in Chicago. What better time to catch up on some blog posts especially ones about fun social stuff.

I am lucky and honored to have been photographing Rollerderby for almost 15 years. I have had the privilege to photograph teams all over the country and some of the most iconic skaters of all time. Here in Chicago I started photographing Rollerderby for The Chicago Sirens and when that league dissolved I spent years photographing The Chicago Outfit and now most recently just did all the home team photos for the Windy City Rollers, which is what this post is about. When WCR asked me to do their home team photos I did what I always do at the start of a project...I started scouring the internet for inspiration and other team photos that I thought were really cool and hoped to improve on or make my own in some way. I had found a handful of images for inspiration. Two elements from separate images that I wanted to blend together was the backlighting shining through the legs and this V formation.

Mono lights would have been ideal for this project but I needed to use what equipment I had since the budget didn't allot for rental gear. I have an old Dinosaur (ancient, heavy and reliable) brownline speedotron pack that was gifted (what he calls extended loan) to me by my amazing mentor Ron Gould. I used 3 lights and luckily had some cord extensions.  One specular backlight. Now the placing and height of this light turned out to be super important. Heightwise it needed to be high enough (just above average waist height) to not be seen but low enough to cast a large enough highlight on the floor. It also needed to be placed far enough behind the center skater as not to be seen between the legs. It also turned out to be crucially important that the front skater be standing directly in front of the backlight. I then lit the front with two lights one on each side. I wanted these lights to give off a soft and beautiful light so I used large octabank softboxes. The placing of these were also very important and needed to be placed in a way so the coaches in the back were still lit.  The skater formation was also crucially important in executing this shot. I did this with 4 teams total. The Hells Bells pictured above was the team that executed the stance the best. The spacing of the feet and skates seemed to be the most important. The skate needed to be lined up exactly behind the skate of the person in front of each skater and everyone had to have a similar width in their stance. This is extra challenging on skates...lol.  Kudos to the Bells for doing such a great job holding these difficult poses. I was on my hands and knees trying to adjust each skaters skates. I look forward to improving on this technique in the future. Thank you WCR for trusting me with your visual representation in this world. I hope this information proves helpful for any photographers out there trying to take some super cool Roller Derby Team Photos