2015 started off with a big bang with Ron and I being the official photographers for the Illinois Gubernatorial Inauguration in Springfield.  WOW.  I love the political jobs for the sheer excitement and profound feelings of being part of history, but being the ONLY photographer stationed on stage during the Inauguration, now that felt cool.  We drove down on Saturday morning, scouted our locations then relaxed for the insane weekend of non-stop run and gun.  Sunday started off early cameras in hand by 8am.  We followed the Governor and LT Gov for 15 hours straight.  To get up Monday morning and do it once more.  Here are some of what I thought to be interesting moments and/or some of my favorite memories from the experience. 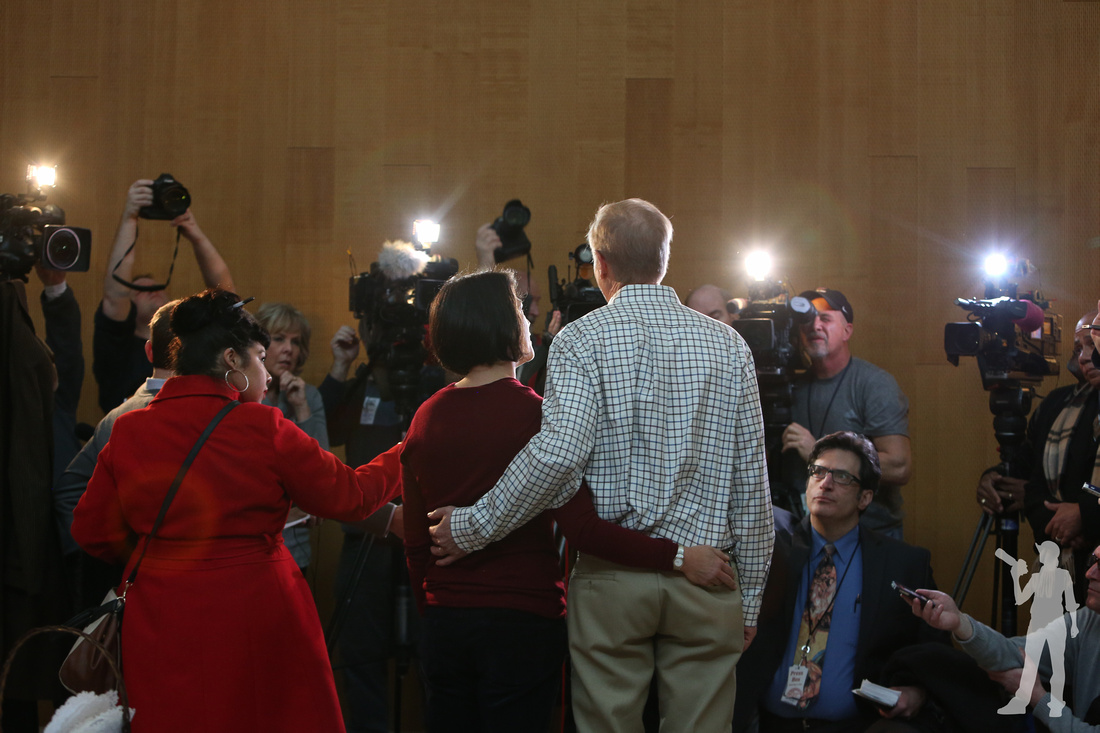 This shot is from Sunday, at the Abraham Lincoln Presidential Museum.  One of the bonuses of being the Governors official photographer is not having to elbow fight all of the press for a place in front.  I love the way all of the LED lights from the video cameras cast a rim light around the Rauner's. 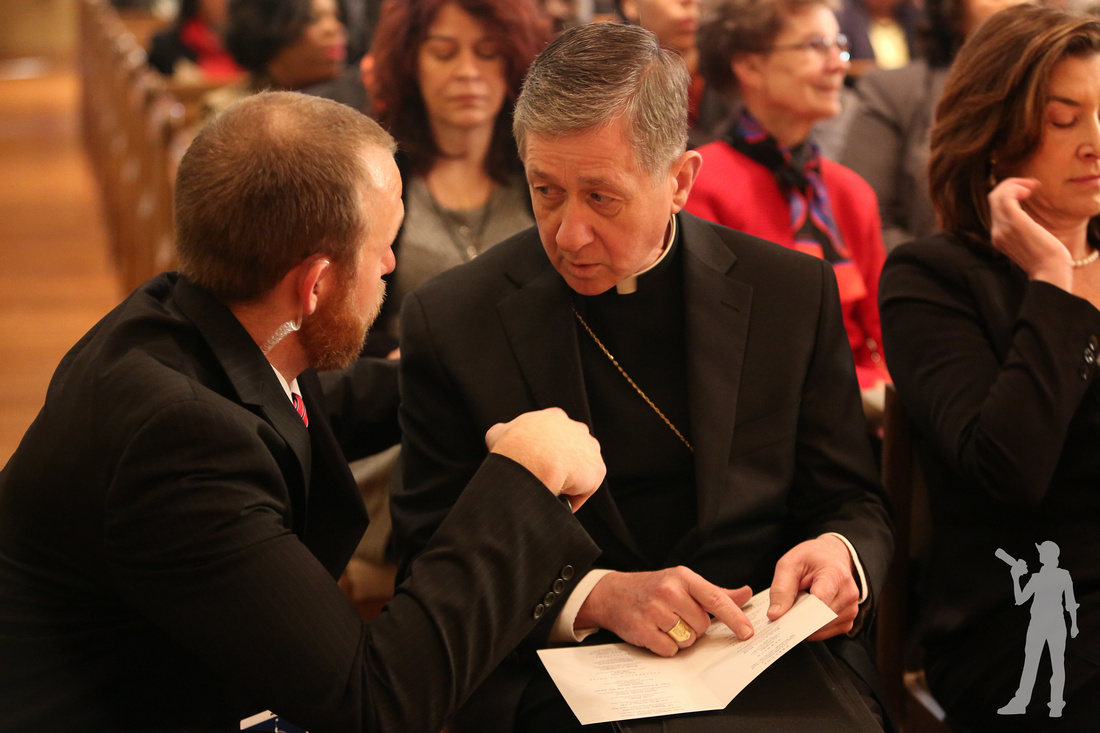 This shot is from the Inaugural Interfaith Service on Monday morning the 12th at the Beautiful First Presbyterian Church of Springfield Illinois.  Archbishop Blase J. Cupich of the Archdiocese of Chicago figuring out his order in the lineup. 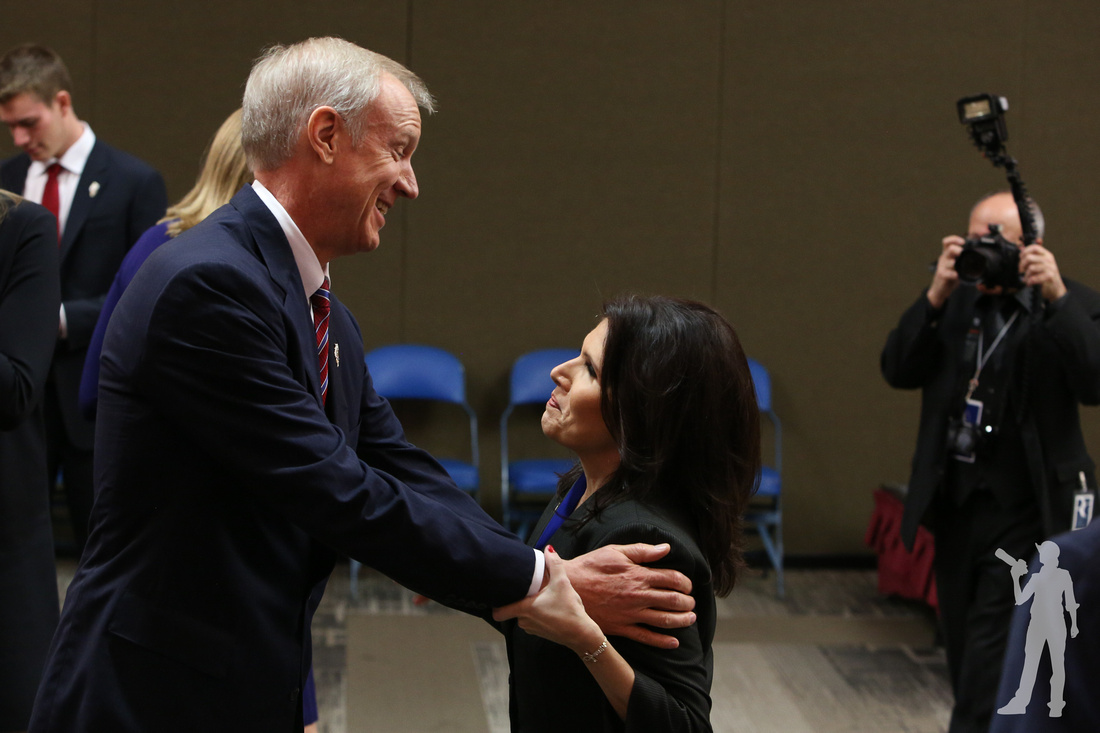 The Governor (elect) and LT Gov (elect) back stage just before the beginning of the start of the Inauguration.   One last happy, relieved, and thankful sentiment before it all starts for real.  With good ole Ron in the background doing what he does best. 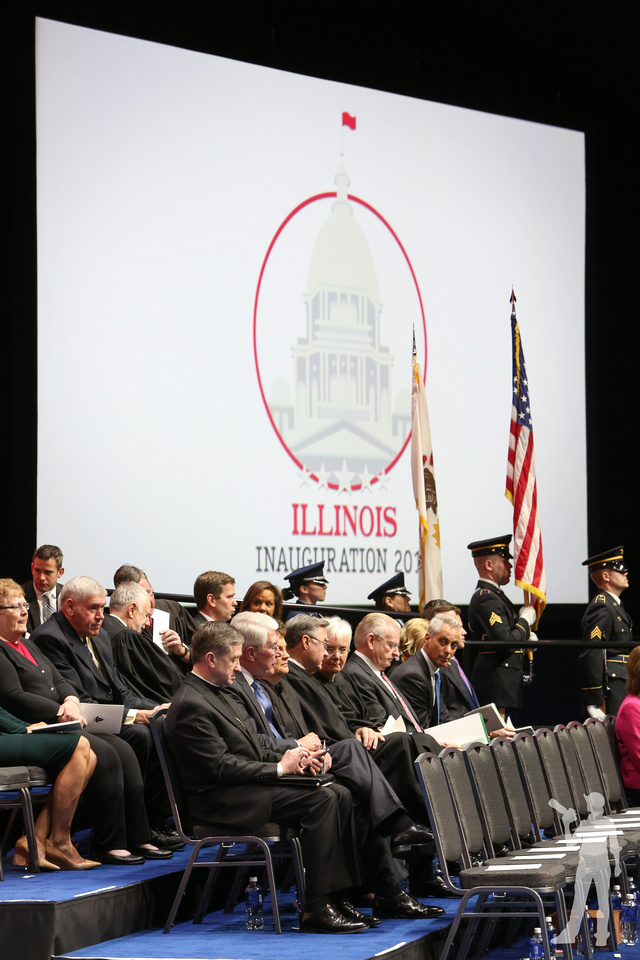 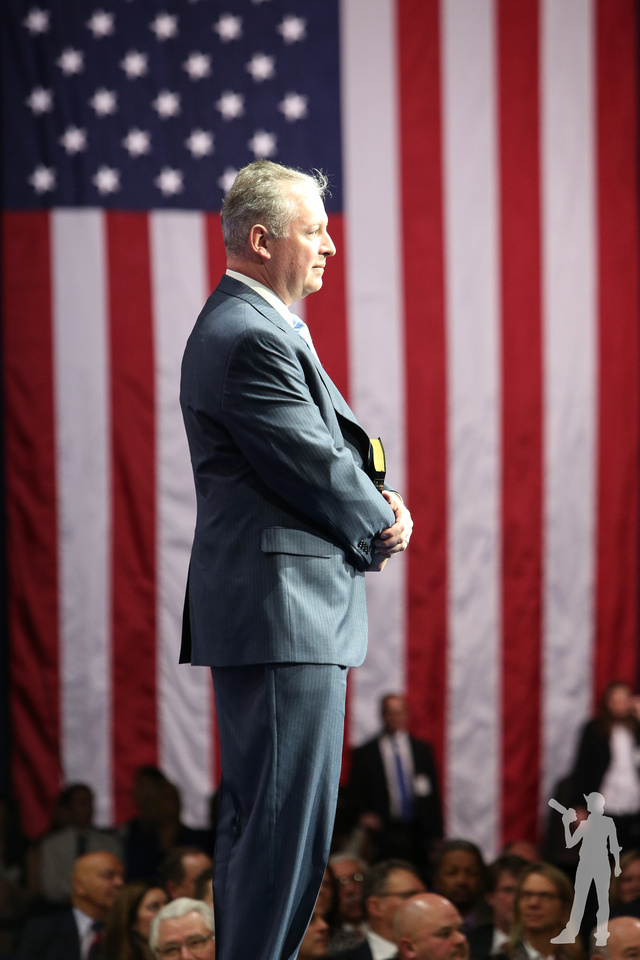 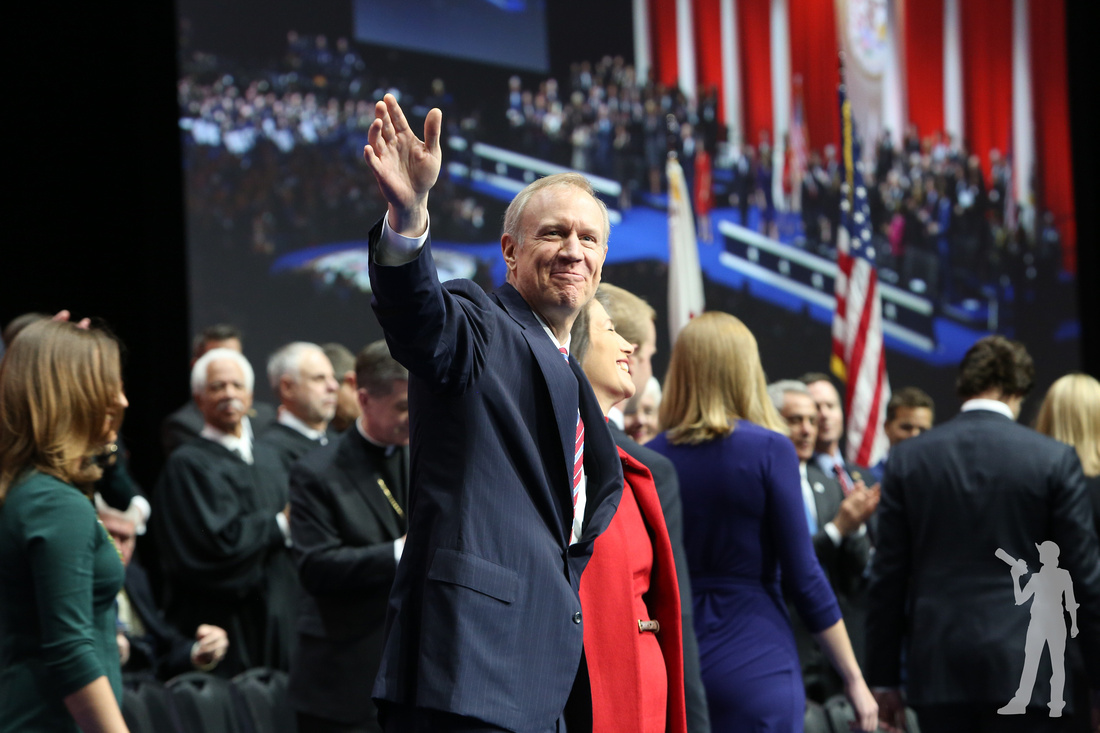 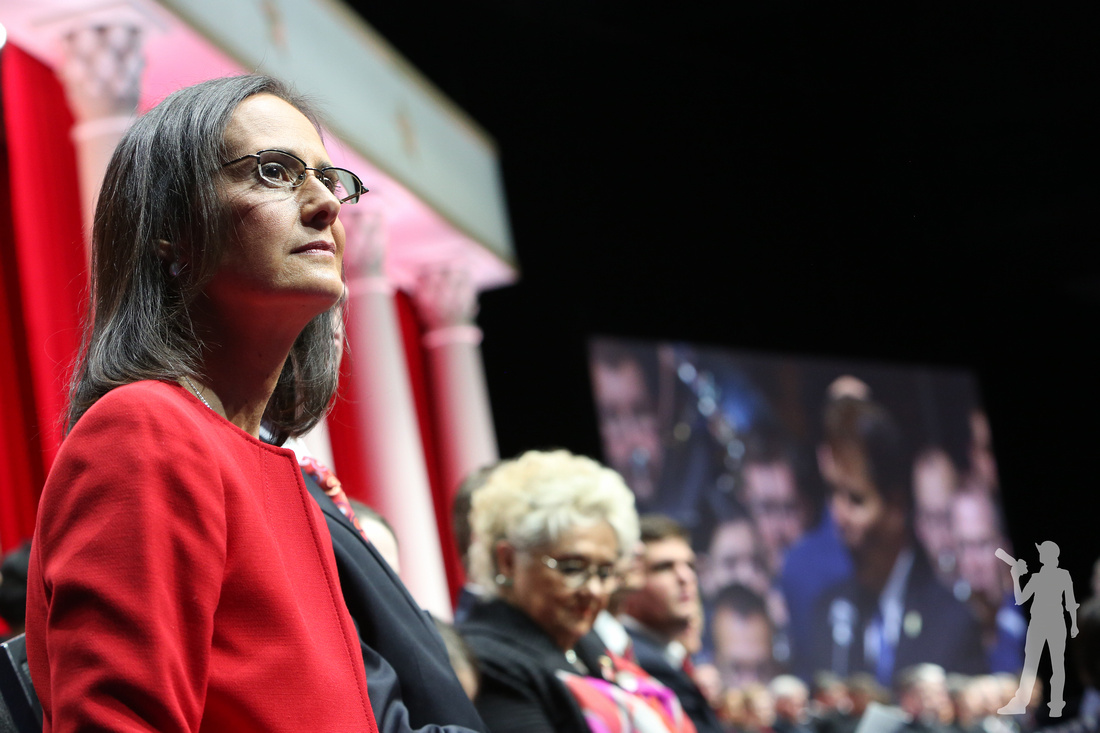 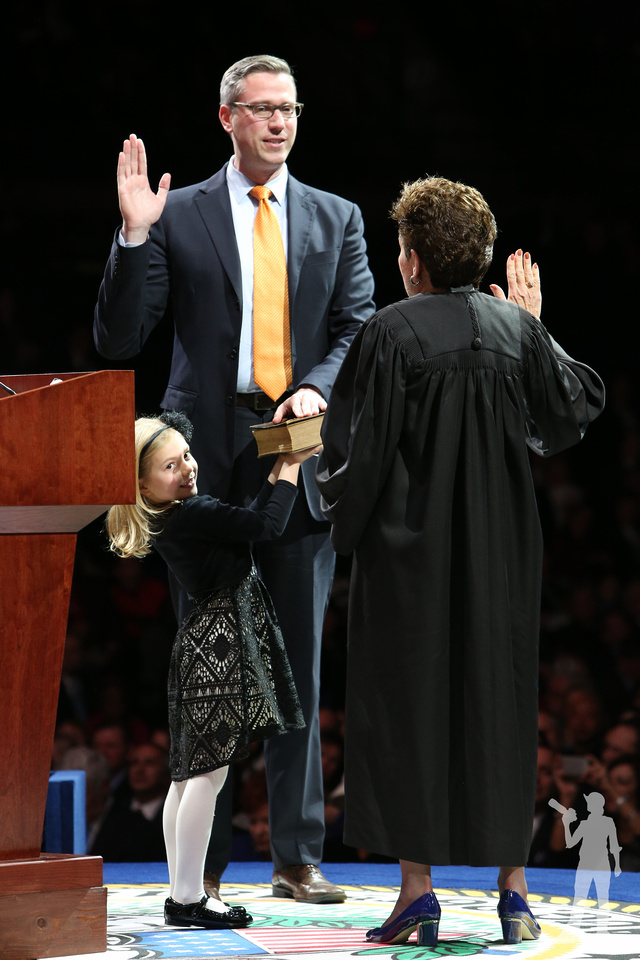 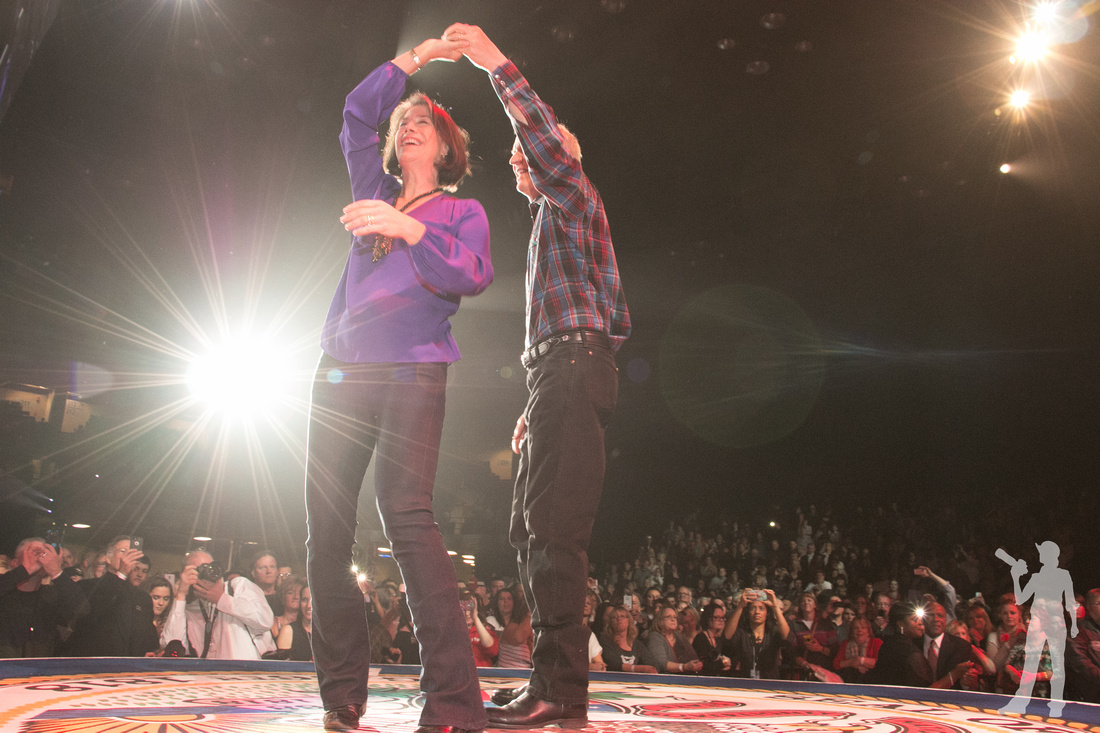 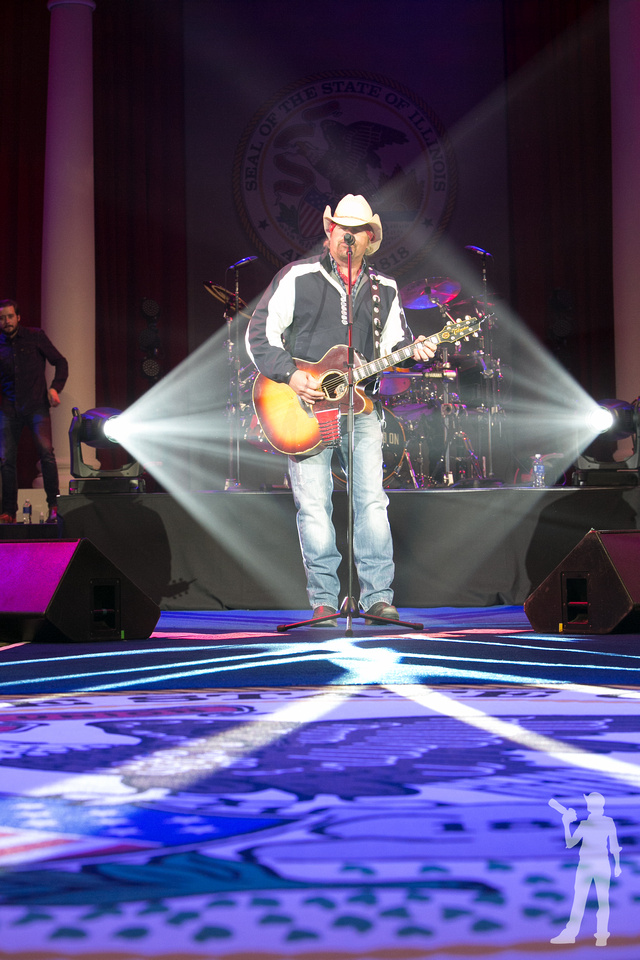